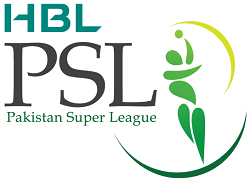 The PSL schedule for the 2018 edition has been released and will kick-start from February 22 in Dubai. All PSL 3 matches will be played at 4 venues – Dubai, Sharjah, Lahore, and Karachi as announced by the PCB.

Peshawar Zalmi will take on Multan Sultans in the season opener which will be followed by a double-header on Friday, February 23 in the same city. Karachi Kings will take on Quetta Gladiators and Multan Sultans will play Lahore Qalandars that evening.

Islamabad United will kick-start their campaign on Saturday with a game against Peshawar Zalmi and on the same day, the Gladiators will also face the Qalandars.

This will be the first ever edition featuring six PSL teams instead of five and each side will play each other twice. This will account for a total of 30 matches during the league stage of the competition that will last until Friday, March 16.

This third match, also an Eliminator, will be played on Wednesday, March 21, while the final will be held four days later on March 25.

There was a good demand for PSL tickets through the league stages of the tournament before it touched crescendo when the final came to Lahore. The complete PSL fixtures with time are placed below for the 2018 edition.